What does the election result mean for you? 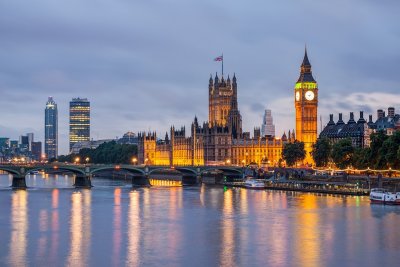 What does the election result mean for you?

Now the voting public have spoken and the direction the country is moving in is clearer, we thought it would be helpful to take a look at how the results of a Conservative majority will affect homeowners and landlords.

At last, some certainty

Since the EU referendum back in 2015, a shadow of political uncertainty has been hanging over the property industry, causing a reluctance to buy or sell without any great clarity on what the future holds. This has been suggested by home moving data, as well as anecdotal evidence from agents.

An aim to increase home ownership

Some of the Conservative party's campaign was fought on the basis that there should be a greater level of home ownership, and it would be great to see politicians working closely with the property industry to turn this into a reality. Some of policies the Conservatives have announced include:

· 3% increase in Stamp Duty for overseas buyers of UK property

· The Help to Buy Scheme is scheduled to continue until 2023 and presumably will continue as planned under a Conservative Government.

· Funding purchases: The Help to Buy ISA has now closed to new accounts, but Lifetime ISAs remain available for those looking to save deposits for properties.  These were not as widely available as the Help to Buy ISAs but now the H2B ISA has ended, they may prove to become more popular.

· Lifetime Fixed Rate Mortgages: One of the later pledges in the election campaign was to look to introduce lifetime fixed rate mortgages with a 5% deposit required, but whether these prove to be financially viable to guarantee, or whether they are attractive to borrowers is not yet apparent.

· Lifetime Rental Deposits: For those in private rental properties it is proposed that deposits will be transferrable directly from one property to another, saving time and costs in releasing deposits and then lodging these with new landlords.

Although none of us can see into the future and some of these policies may not make it through parliament, the one thing we know for sure is that the elements of political and Brexit uncertainty have now been removed. Visit our facebook page to watch a short video of Wills & Smerdon's James talking about the last couple of days.